The Office for National Statistics released "Alcohol-specific deaths in the UK: registered in 2020" on 7 December 2021, here are the main points: 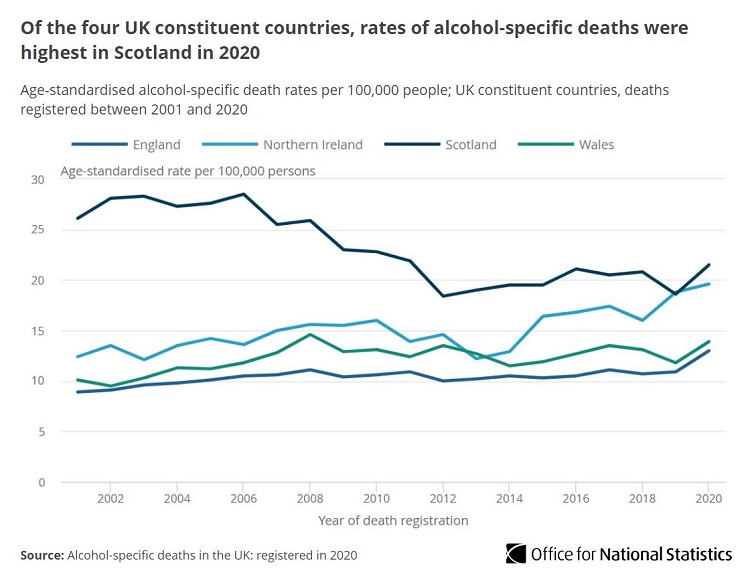 Responding to Office of National Statistics data on alcohol-specific death rates in the four nations of the UK, SHAAP’s Director Elinor Jayne said:

“We should not accept that somehow alcohol harm is acceptable in Scotland. We need more to be done to prevent problems from developing such as increasing the level of minimum unit pricing from 50p to 65p and restricting marketing of alcohol.