All graphs are from the NRS's new report [opens PDF in new window].

It should be noted that the definition of alcohol-specific deaths does not include deaths where alcohol is known to be a contributory factor, such as deaths due to cancer, suicide and road accidents. 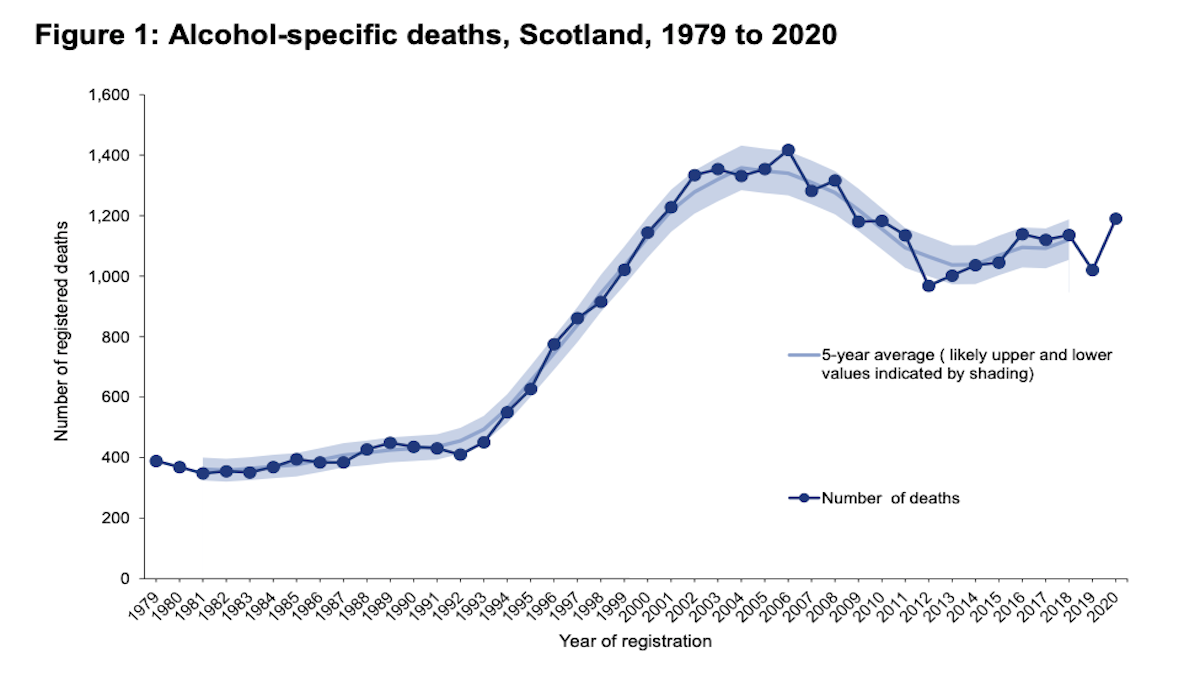 This graph shows the fall in deaths seen between 2018 and 2019, and the increase between 2019 and 2020 - driven by an increase in male deaths. Alcoholic liver disease was the leading cause of death (64%).

In 2020, the age-standardised alcohol-specific death rate was 21.5 deaths per 100,000 population in Scotland. This is an increase from 18.6 in 2019 deaths per 100,000 population. The age-standardised alcohol-specific death rate accounts for population size and age structure, providing a more reliable comparison between groups and places, and over time.

The following graph shows that rates of male alcohol-specific deaths in 2020 were more than double the rates for females.

Males accounted for 69% of alcohol-specific deaths in 2020.

The following graph shows that most alcohol-specific deaths (60%) were amongst people in their 50s and 60s. 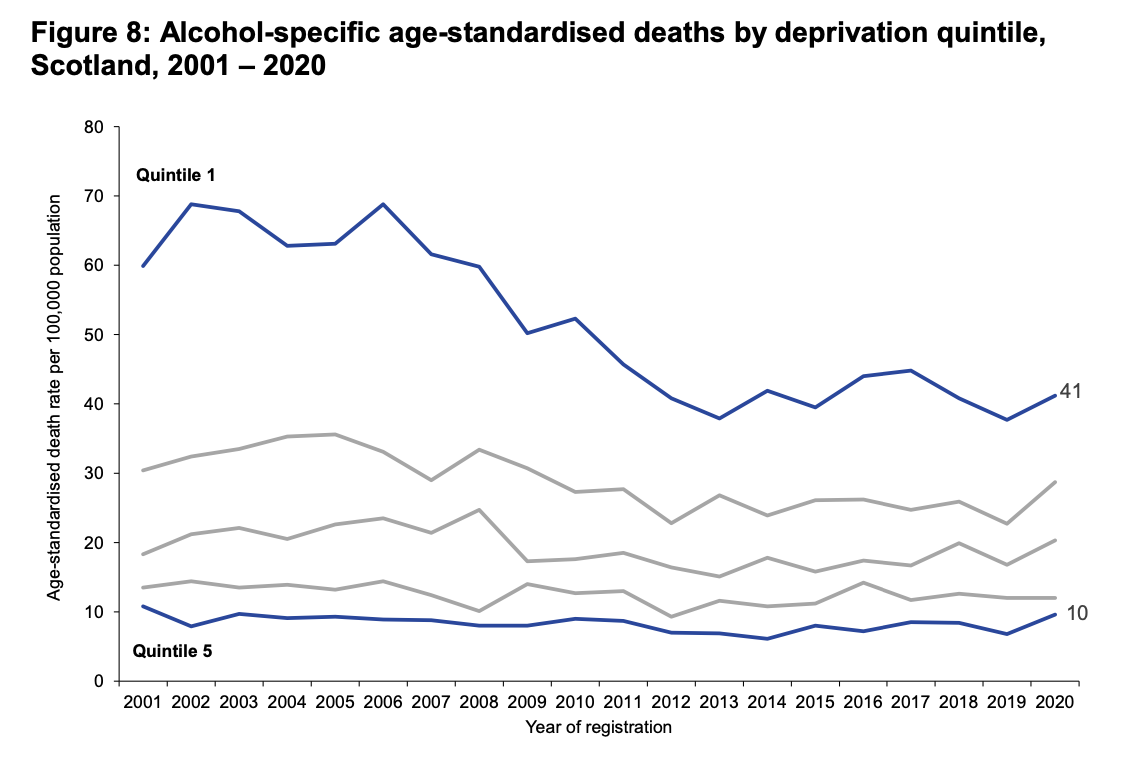 SHAAP is calling on Scottish Government to act as deaths caused by alcohol increased in 2020 by 17% from 2019.

“While Scotland led the way by introducing minimum unit pricing for alcohol in 2018, there’s still a long way to go to turn these figures round and most importantly, reduce the damage caused by alcohol to people’s lives and health.”

“While the introduction of minimum unit pricing reduced the amount of alcohol consumed in Scotland and led to deaths from alcohol falling by 10%, today’s figures show progress has been halted, probably at least in part due to changed drinking patterns during the pandemic.

“The Scottish Government needs to take further action to limit the harm caused by alcohol, starting with increasing the minimum unit price from 50p to 65p. There is also a raft of other WHO-endorsed measures which should be taken forward, from restricting marketing and preventing children’s exposure to alcohol advertising through to restricting accessibility of alcohol. And the time has come to ensure that everyone who has a problem with alcohol has easy access to the treatment and support they need, to help reduce consumption and begin recovery.

“There is much we can do to reduce harm and deaths caused by alcohol and we call on the Scottish Government to work with us to ensure more measures are taken forward. We must redouble efforts to reduce the number of people who tragically lose their lives to alcohol.”