By Eunan McKinney, Head of Communications and Advocacy at Alcohol Action Ireland

In this post, Eunan McKinney briefly describes the introduction of minimum unit pricing (MUP) in Ireland, which occurred at the start of 2022. Eunan describes the role of Alcohol Action Ireland in public health messaging surrounding MUP, and reflects on the challenges posed by industry and industry-aligned media to MUP and alcohol policy in general.

On January 4th of this year, after more than a decade of consultation, debate and discussion, Ireland introduced minimum unit pricing (MUP) for alcohol products. This establishes, by law, that a gram of alcohol cannot be sold beneath 0.10 cent. In Ireland, a Standard Drink is determined at 10 grams, unlike the UK, where the Standard Unit is 8 grams. The central object of MUP, similar to that of other jurisdictions and mindful of ‘best-buy’ policy advice from both the World Health Organization (WHO) and Organisation for Economic Co-operation and Development (OECD), is to tackle the affordability of alcohol – a driver of consumption, and ensure that the exceptionally cheap, strong alcohol, widely available throughout the retail sector would be curbed. This will in turn induce less alcohol sales and so reduce alcohol harm. The need for such a measure is particularly apparent when considering data from the OECD, which notes that alcohol affordability in Ireland has doubled over the last 20 years placing it second only to Slovakia in terms of increased affordability.

Since the establishment of a national substance misuse steering group in 2009, the alcohol industry both nationally and internationally have engaged in an intensive public affairs lobbying programme to obstruct, and delay, specifically the introduction of MUP, and more widely the enactment and implementation of public health alcohol policy.

Alcohol Action Ireland have been at the vanguard of change since 2003 that sought to end a government approach that had consistently attempted to find solutions to Ireland’s chronic alcohol problem through an industry-centric public-private partnership. This government led approach had established multiple facades of self-regulatory codes covering a range of alcohol marketing and promotion including alcohol advertising, sponsorship and in-store accessibility. The affordability of alcohol products in Ireland had rapidly increased after the dismantling of the 2005 Grocer Order, in the name of healthy competition, but which only fuelled hyper-discounting of alcohol and monopolised market control.

Prior to the introduction of MUP, the retail landscape became a frenzied battleground as alcohol producers sought to dump product, and retailers, eager for footfall up to the Christmas period, ensured many alcohol products were heavily discounted and sold at prices cheaper than milk. 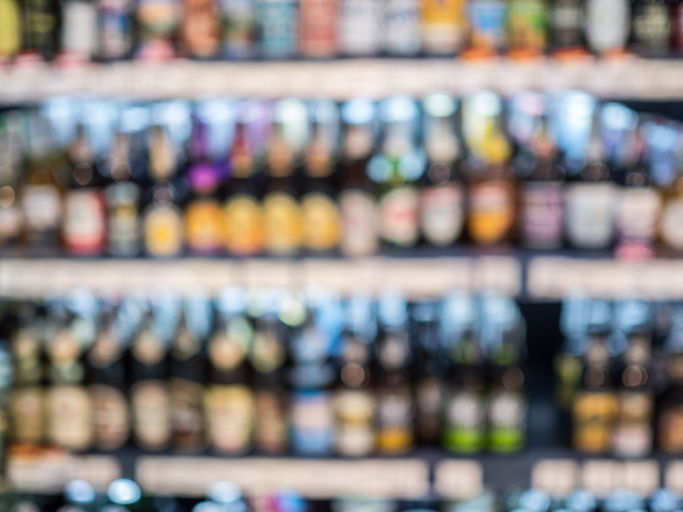 Regrettably, while much fanfare had accompanied the government decision to commence MUP last May, by December there was little appetite for political ownership of the policy, as the Omicron COVID-19 variant raged. This left the market to respond to the changes and the industry to set the narrative. Crucially, the public health messaging was largely left to us, the non-governmental organisation (NGO) voice, to champion the measure.

So, in partnership with the Health Services Executive, Alcohol Action Ireland created a brief information campaign on MUP. This sought to reinforce the public health objective of the measure, and to frame a positive narrative, carried across multiple social media channels, including a series of vlogs from leading public health advocates and organisations including the Irish Medical Organisation and the Irish Heart Foundation. A special podcast was recorded including expert analysis from Scotland and Australia, outlining the success of the measure.

The campaign engaged with a wide set of media relations including informing coverage of events and opinion editorials, contributing to broadcast talk radio and television coverage. Initial assessment of the immediate period after introduction would suggest that the mainstream media largely sought to perpetuate the alcohol industry narrative which centred on advancing themes that MUP would: stimulate cross border shopping; ‘penalise’ the poor; advance the ‘Nanny State’; promote illicit drug taking, and encourage notional ways of circumventing the legislation.

The national public broadcaster, RTE, was particularly keen to follow all lines of enquiry to the exception of the public health rationale. This was evident in its daily radio show, Ireland’s most popular talk-radio show ‘Liveline’ with nearly 400,000 listeners, who dedicated three broadcasts – 7th, 10th and 11th January: two and a half hours of public radio, to facilitate every possible opposing opinion but not the public health perspective. The binary presentation that MUP would ‘do nothing’ to ‘stop alcoholics’ drinking was the mantra, particularly amongst the reportage of the public broadcaster whose dominance has the leadership capacity to set the tone for so much of Ireland’s news narrative.

RTE, which relies on a hybrid financial model of public licence fee and advertising revenue, was previously party to media industry lobbying against the Public Health Alcohol Bill in 2017, and remains opposed to the outstanding advertising measures, which the Minister for Health has yet to commence.

In this context, the absence of well researched, adequately funded and targeted public information campaigns must be seen as an opportunity lost to heighten awareness around the impact of alcohol use, the risk to one’s health and wellbeing and the rationale for meaningful action.

Equally, the much-delayed commencement, both from when the primary legislation was enacted in October 2018, and the ministerial order signed in May 2020, did little to help construct a positive continuum of public health messaging. This is a concern for many of the measures within the public health alcohol policy framework, as piecemeal commencement of measures hinders the efficacy of the policy implementation and public awareness of the endeavour to improve the poor public health outcomes from population harmful alcohol use.

Significant measures contained with the 2018 framework remain outstanding: content of advertisements (that ends a voluntary, self-regulatory industry controlled regime and specifically details content), labelling of alcohol products (that counters industry disinformation on the risk of alcohol use), and broadcast watershed (limiting alcohol adverts on TV and radio to post-9pm placements).

The power of disinformation was particularly evident in the social media dialogue conducted by the legions of brand protectors during this period, who, with extraordinary cohesion, propagate the many misunderstandings that cultivate an unshakeable devotion to alcohol, its enterprise and brands.

Despite the absence of a high profile public information campaign, the introduction of a price floor for alcohol products has largely been completed without any significant concern or incident. As part of Alcohol Action Ireland stakeholder outreach, all the voluntary services who daily assist dependent drinkers who are homeless were contacted and to date there has been no negative reporting. While our awareness campaign was relatively short, running from 19 December – 14 January, the general audience reach, at 15.9 million, was a significant achievement.

The market response thus far has been exemplary and it would appear there is complete compliance. Interestingly, a commercial alliance of producers and retailers have rallied to invent new ways of securing a stable price point. This is particularly evident in the emergence of new product volumes with some beer producers adopting a 440ml can instead of 500ml, and others even reducing the alcohol by volume (ABV) content. Half litre spirit products have become more prominent and large volumes of strong cider less evident.

Remarkably, an ever willing media partner, who failed to recognise a 22% reduction in the alcohol purchased within one product development, even managed to somehow eschew the obvious and chose instead to present it seemingly as a ‘clever’ innovation.

The promotion of cross-border shopping continues to persist in media reporting though without much of the hysteria evident in the opening days and weeks, when the media enjoyed sharing pioneering treks from the furthest reaches of the island to Northern Ireland, to capitalise on notional savings that were largely already present. The Central Statistics Office in Ireland has indicated that it will conduct a Household Budget Survey in 2022 – postponed from 2021 because of the COVID-19 crisis, which will establish to what degree, if any, additional spending is being made in Northern Ireland post MUP on alcohol. The most recent data available indicated that 14% of the total cross border spend (CSO: 2018, €458m) was spent on alcohol.

The coming weeks and months will unquestionably be challenging, as the opponents of the measure will seek to find new and ‘clever’ ways to undermine the efficacy of MUP, and indeed the implementation of all the outstanding measures. But Ireland, now uniquely within the European Union, has made some real progress. And, just as Scotland did in 2017, when seeing off the naked commercial interests who simply cannot countenance a primacy being afforded to public health, we have taken major strides to reduce population alcohol use and lessen alcohol harm.

SHAAP Blogposts are published with the permission of the author. The views expressed are solely the author's own and do not necessarily represent the views of Scottish Health Action on Alcohol Problems (SHAAP).